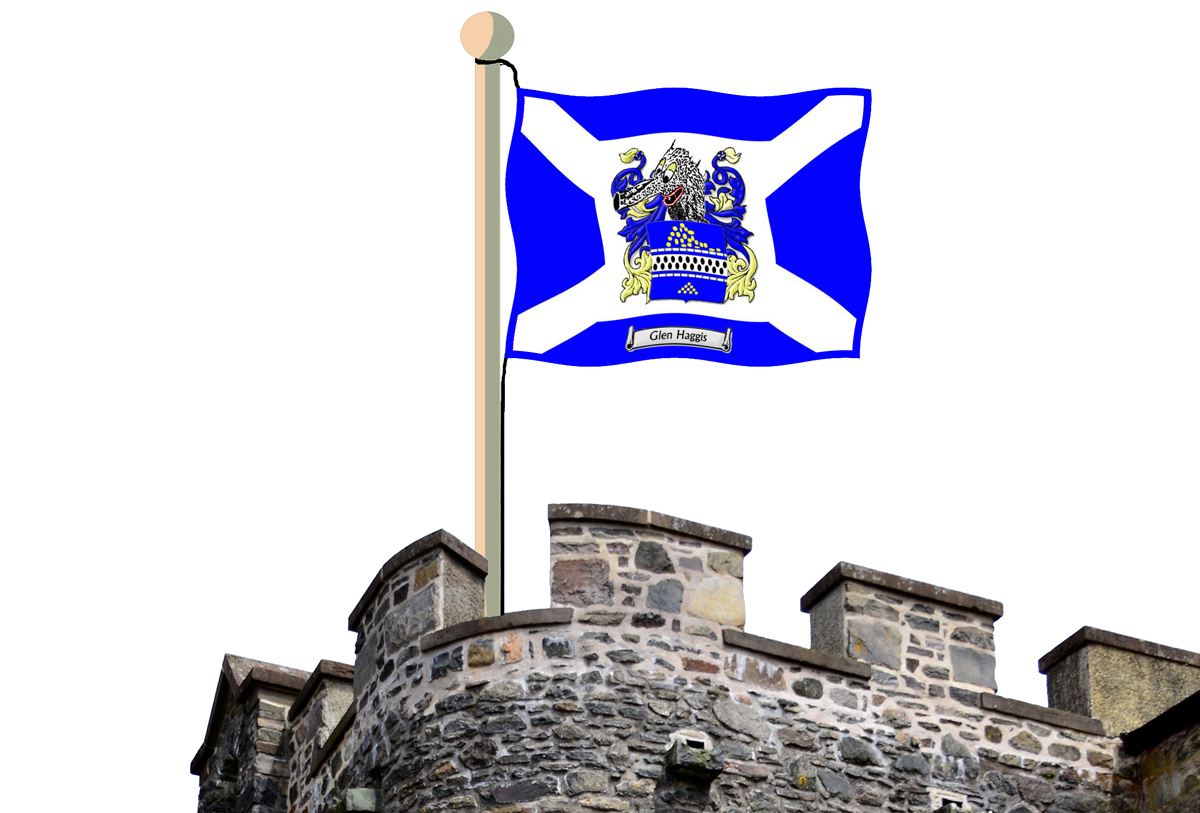 The ancestors of the surname Haggis assumed the name from a charter drawn-up in a stone bothy during the reign of King Robert I. The old bothy belonged to a local woodsman on the old Isle of Haggis who was a keen haggis hunter of great importance. In fact the name ‘Haggis’ may come from Old English for ‘a woodsman’s hut’. So it is most likely that the great Glen Haggis Clan got its name from an old shed. However, there was talk of a Lord Haggis who rode on the third crusade with Richard the Lionheart over one hundred years earlier though we need to do some research on this spurious theory.

The old Isle of Haggis no longer exists due to the whole island being swallowed up by a strange geological phenomena way-back in history. The small islets close to the Butt of Haggis resemble plogules (droppings). This is where the legends came from, that refer to the locals eating Haggis plogs during the winter and summer solstices as some sort of worshipping ritual.

Before the ‘Sinking o’ the Haggis’ there was a mass evacuation of the island and all the inhabitants poured on to a makeshift raft. Luckily all three of them made it safely to the mainland. They brought with them one male and one female haggis which were indigenous to their island, this was the first introduction of the haggis to the Scottish mainland.

This was the start of their crusade to find what they called their ‘Promised Glen’.

On their journeys through different regions they noticed the new fashion that had just hit the High Road…Tartan!

The Glenn Haggis Tartan is very rare and only three kilts were ever made for the Clan. These kilts were passed down from generation to generation.