Introduction to the Haggis

An old battered and dirty painting was found in the attic of an undiscovered old Scottish castle in the Highlands. The painting shed new light on the rare Haggis and its habitat.

Following the extensive cleaning and restoration project the painting was returned to its former glory! This revealed one of the most incredible paintings ever to capture the elusive Haggis in its natural habitat. The painting is believed to be a 19th Century painting (circa 1821).

The restored painting clearly shows the signature of a Glen Haggis, we were initially led to believe that the name may in fact be attributed to the actual location Glen Haggis – which literally means “Glen Where The Haggis Dwells”.

However, after a big meeting and some heated artistic debate it is now thought to be an original masterpiece by Glen Malcolm Haggis, who signed all his work Glen Haggis.

It was one of the most important finds of the century as it was the first ever record of the Haggis on canvas. It was now possible to reveal the true face, shape, colour and texture of this creature.

The Haggis was also standing in front of, and close to, a full grown stag. For the very first time it was now possible to determine its actual size. 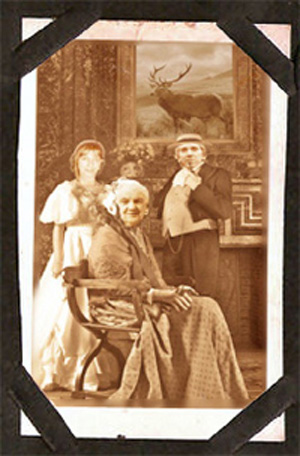 THE PAINTING & THE LAIRD OF GLEN HAGGIS

An old photograph taken of the Glen Haggis Clan at Glen Haggis Castle, Glen Haggis, clearly shows the painting in its original position above the fireplace in the drawing room.

We assume that the devilishly handsome man in the photo must be the Ninth Laird of Glen Haggis. Accompanying him appears to be his twin sister Glenilda and his mother Doreen Victoria. The Ninth Laird of Glen Haggis, by amazing coincidence was actually called Glen Haggis. This name was handed down through the generations, in fact it is believed that all the male-born were named Glen. Either that or the Ninth Laird is actually the First Laird and is over 900 years old. The painting may have been painted by the Laird himself as he was quite a clever man. He would often walk for hours-on-end looking for the elusive haggis on the moors.

Rumour has it, that on one occasion he was bitten by the animal whilst accidentally stumbling over it after a few too many whiskies. With blood spewing from his legs, neck and thumb, he hobbled back to the castle.

Glen vowed never to touch alcohol again and the painting was removed from the wall and hidden away in the attic. Although Glen really adored the taste of whisky he always stuck to his vow and never touched a drop of alcohol again.

Our Glen Haggis Alcohol-Free drink was created in honour of Glen's courage and commitment! 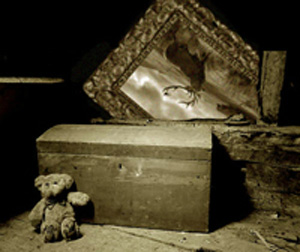