Haggis Hunting can prove very difficult and rather dangerous.

Shooting it from the side may seem the obvious idea as this produces a bigger target. However, a side shot is also most likely to puncture the animal’s stomach – which can damage the most important part of the animal (for humans).

Shooting it from the rear is also a no-no. Not because it is not ‘fair game’, but because the creature can injure and even kill people if it ‘breaks wind’ and emits plogules (plogs) at the same time. It is renowned for doing this when threatened or excited. The methane build-up from its digestive processes, combined with his multiple plog-plops produces a machine-gun like discharge that can kill from two hundred yards.

A head-on shot is ideal, but very risky and difficult. From this position the animal can see you with its big eyes and will smell you with its highly sensitive proboscis (nose). The best time to approach the Haggis for a head-on shot is when it is feeding on onions. This is because it will not be able to smell you due to the aroma of the onions. His eyesight will also be severely impaired due to the excessive tears present.

To ‘bag a Haggis’ hear this rhyme
Onion grazing every time! 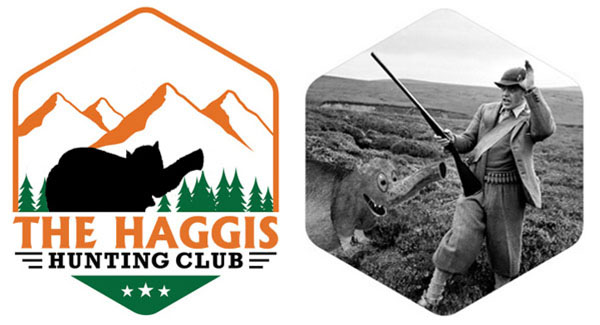